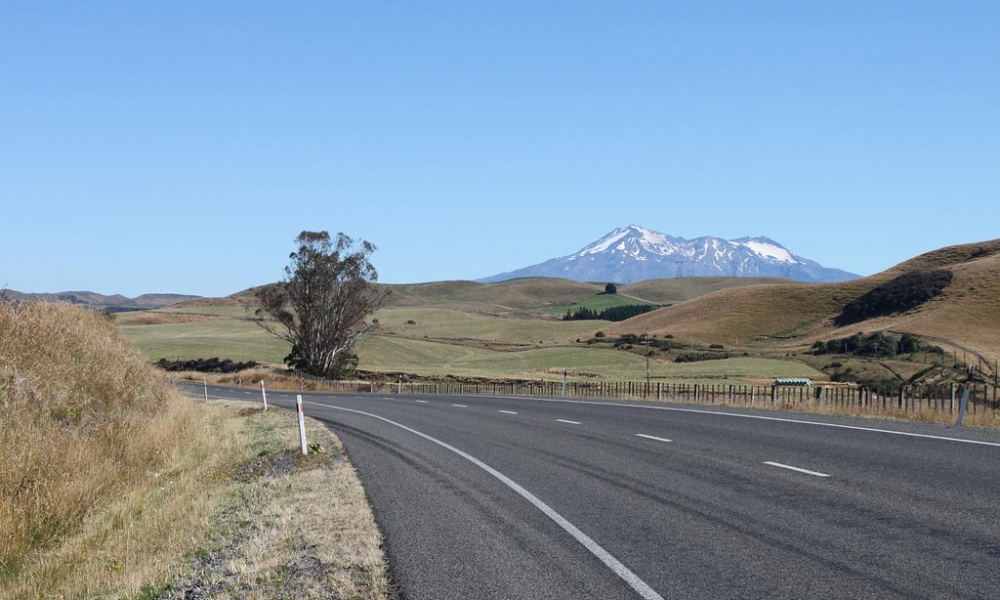 Wow. What a great year 2017 was, in terms of travel. Mostly one set of travels, really! I am, of course, referring to my Cycle Against the Beast bicycle ride from Sydney to Melbourne, for Fight MND (previously, known as the Cure for MND Foundation.

This was the first time I’d ridden for such a long distance. I had planned to do a Sydney to Melbourne bicycle ride in 2016, but that only lasted until the beginning of day two – when I had to abandon due to a nasty cold and a rather nasty bug the night before! This time, I managed to make it all the way from Sydney to Melbourne. Maybe minus 90 km! On Day Five, I met some rather tough headwinds (not to mention some bad weather starting to close in). After 13 cycling days, I made it to Melbourne.

I raised just shy of AUD1000, for Fight MND. Not as much as I’d hoped. However, as the Tesco ad goes, every little helps! Links to each day are as follows:

I even made it into the local Shepparton newspaper! Article in Shepparton News about my Cycle Against the Beast ride for Fight MND (this link no longer exists, as the journalist has left the newspaper).

Three years until ‘Cycle Against the Beast’ goes global!

In three years time, I take off on my round the world bicycle trip. In fact, I will start pedalling away from Queenstown, New Zealand, exactly three years today, on the 1st of February, 2021. The idea is to fly from Sydney to Queenstown, on the 30th of January, and spend the rest of the weekend there. This will set a pattern that I intend to follow – cycle Monday to Friday, and take the weekends off.

The plan is to spend the first three months (February to April) in New Zealand. It was originally going to be from January to March. However, I’ve decided to push it back by one month. This is so it will work in with the following six months that I’ll be in Canada. I felt that there would be still a number of roads which would be closed, due to weather, in April.

After three months in New Zealand, and six months in Canada, it’s twelve months in the United States. Then it’s down through Central and South America (probably a couple of years), and across to Africa. I am hoping to be able to make it from South America to South Africa by some form of boat or ship – whether it’s a sailing ship, yacht, oil tanker, etc. I’d rather not have to fly. However, I will if I have to. I’d just rather experience a different way of crossing from one continent to another.

Following Africa (from Cape Town to Alexandria, then across to Morocco), it’s into Europe. Now, this is where my length of stay there is currently up in the air. I’m a British citizen, as well as an Australian citizen. Currently, due to being a British citizen, I have the freedom to spend as much time as I like in European Union and other continental countries. However, this may change after Brexit. Who knows? Maybe I’ll be restricted to the same three months as most other visitors to Europe. Still, I have a contingency plan for that – I’ll just have to spend more time in the United Kingdom, by returning there after each three month stint. I have also designed my route through Europe to make up time if necessary.

Before I came up with my idea of cycling around the world, one of the things I’d intended to do was to take a train along the Trans Siberian railway. I am still considering doing this (whether in part, or all the way to Vladivostok). Part of my route is to ride to St. Petersburg or Moscow, before picking up the train. As I’ll be a budget traveller, I’d take the much cheaper, and slower (by one day), train number 100. And I’ll probably catch the train back, and then continue my cycling on to Kazakhstan and down into China.

Asia, and specifically China, is a continent that I’ll be crisscrossing a few times – across the north of China to Beijing, and on to South Korea and Japan. Then it’s back to China, down to Hong Kong. Back into China, it’s on to Vietnam, Cambodia, and Thailand. From there, I was going to go down to Malaysia and Singapore. But this leaves out the Karakoram Highway – a road I’ve wanted to take for a while. So, the plan is to now head from Thailand to Myanmar, Bangladesh, India, then Pakistan. The southern part of the Karakoram Highway, last I knew, requires an escort for safety reasons. I’ll have a number of years to work that one out. The northern part, though, doesn’t. However, I’ve heard rumours that you can’t just cycle across the Chinese border at Khunjerab Pass – you need to go across by bus, which has the pickup point further back in Pakistan. You can still ride up to the border, though, before going back for the bus. If I still can’t take this, I’ll opt for the Nepal-China (Tibet) crossing.

After finally leaving China, it’s down through Vietnam, and Laos (or Laos directory, if there’s a border crossing there), and on to Thailand, Malaysia, and Singapore. From there, it’s a flight to Darwin, down to Alice Springs and Uluru (Ayers Rock), before turning south west to Perth. The final legs involve crossing the Nullarbor to Adelaide, before arriving in Melbourne, and, finally, Sydney.

How long will all of this take? Who knows? Maybe ten years? Maybe less? Maybe more! Regardless, it’s going to be one fantastic trip! And, with a bit of luck, I hope to make a fair bit of money for Fight MND.

What is MND, and who are Fight MND (the charity that I’m riding for)? This page may be useful. 🙂

Stephen currently works in Sydney, doing a regular Monday - Friday job. He loves travel (preferably by train), and looks forward to the day when he knocks off from his job to start his round the world round bicycle trip. His favourite sports are cricket and Aussie Rules (AFL) football. One of his dreams is to toss the coin before the start of the Boxing Day Test Match in Melbourne, or just before an AFL Grand Final.
Load More Related Articles
Load More In Charity