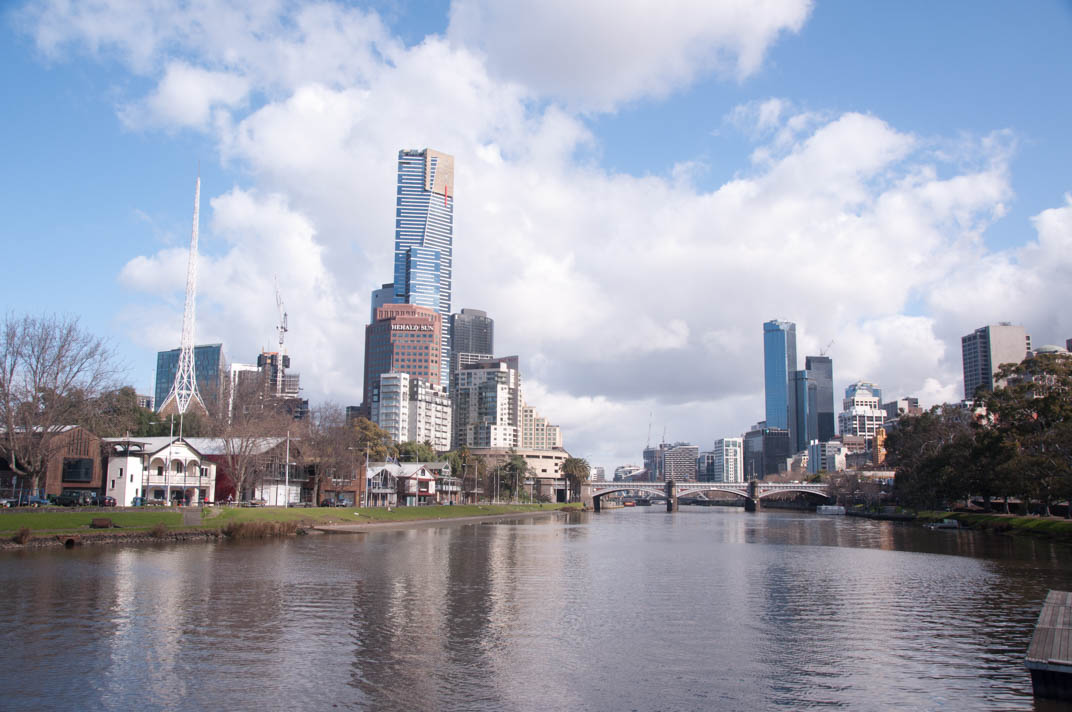 A Short Walk Along the Yarra, and Around the MCG

By Stephen
3 min read
Leave a comment
In Australia

Today I decided to take a walk along the Yarra. The sun was out, and the weather was fantastic. It certainly didn’t feel the barely double figures it really was.

The Yarra River runs just off to the side of Melbourne’s city centre. It is commonly referred to as being an upside down river, due to its colour. It is a working river, with the occasional tourist boat and rowing boats.

Melbourne is well known for its artistic flair, as well as celebrating cultural diversity. This can be seen in this sculpture, located along side the river.

Just off the Yarra River, is Melbourne’s sporting precinct. This includes Rod Laver Arena (where the Australian Open is held), and the MCG – the Melbourne Cricket Ground (often referred to as the ‘G). The MCG was the main stadium for the 1956 Olympic Games. However, it’s more commonly known for hosting sports such as, of course, cricket, and Australian Rules Football (AFL).

Finally, I took a walk around the perimeter of the MCG. This is where you will find statues of famous cricketers, Aussie Rules footballers, and other famous Australian sports men and women.

The MCG also houses the National Sports Museum, which I hope to visit at the end of this week.

Stephen currently works in Sydney, doing a regular Monday - Friday job. He loves travel (preferably by train), and looks forward to the day when he knocks off from his job to start his round the world round bicycle trip. His favourite sports are cricket and Aussie Rules (AFL) football. One of his dreams is to toss the coin before the start of the Boxing Day Test Match in Melbourne, or just before an AFL Grand Final.
Load More Related Articles
Load More In Australia

Melbourne would not be Melbourne without football

Dipping into Victoria, before crossing back in to NSW

A Short Walk Along the Yarra, and Around the MCG

What goes down, must go up.

Backpacks and Bicycles: Wow, both would be awesome 👏 ..