Current location: Sydney
Route alteration: Cycle Against the Beast 2021 is now Bondi to Freo!
Introducing Cycle Against the Beast 2021 – from Freo to Bondi!
Radio interview with Jim Wilson on 2GB.
What better way to spend my long service leave?
Intrepid Explorer, or: How I Threw Caution to the Wind and Came up with the Crazy Idea of Riding a...
Bicycle TouringOceania

I woke up to a very cold 3 degrees. Suffice to say, I wasn’t about to get going, just yet. I decided on a check-out near 10:00. Even then, it was still only 6 degrees. I only had about 50 km to cycle, today, so tried to take my time. So, after about 10 km of cycling, I stopped at a level crossing, to see if any trains were coming. And, sure enough, after waiting for only about 5 minutes, one came along.

During this ride, I’ve passed through some very small towns. So small, blink and you miss them. The town of Gerogery is a very small place indeed. But I still stopped for a few photos.

Halfway to Albury, I crossed the railway line at Five Mates Crossing overpass. I stopped and checked the railway signals, and found that the Sydney-bound signal was at clear (green). So, I waited around to see if anything would come along.

Sure enough, after about half an hour’s waiting, the daytime XPT service, from Melbourne to Sydney, made an appearance. Anyone that knows me, knows that railways are a major interest of mine – and has been for many years.

Seeing what I wanted to see, I hopped on my bike again. A few km down the road, I saw the signs for the Hume Highway – which I left a couple of days before. Yay. More riding on the motorway! At least the hard shoulder is quite good.

I don’t mind riding on the motorway, to be honest. At least, in rural areas. Country drivers tend to be much more accommodating to cyclists, than city drivers. About 8 km out of Albury, though, I turned off the motorway, and joined the local Albury Thurgoona Trail cycleway. This would take me pretty much all the way to my destination. It was nice to totally get off the roads for a while.

Now that I’ve arrived in Albury, and that there’s wet weather forecast, I’ve decided to take a rest day tomorrow. Not sure what I’ll do. But the rest is well-earned, I think!

It was a dark and stormy night…

A little wander around Albury

I wouldn’t mind taking a boat!

Bondi to Freo for FightMND 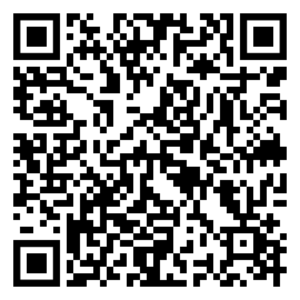 If you'd like to support me directly, you can throw a few $'s for a beer!

Thanks for your support!

Stephen currently works in Sydney, doing a regular Monday - Friday job. He loves travel (preferably by train), and looks forward to the day when he knocks off from his job to start his round the world round bicycle trip. His favourite sports are cricket and Aussie Rules (AFL) football. One of his dreams is to toss the coin before the start of the Boxing Day Test Match in Melbourne, or just before an AFL Grand Final. Click here for more info.

From the 4th of July to the 26th of September, I'l

Four years ago, today, I cycled along this road, j

Waiting for the next event at GIANTS Stadium. Even