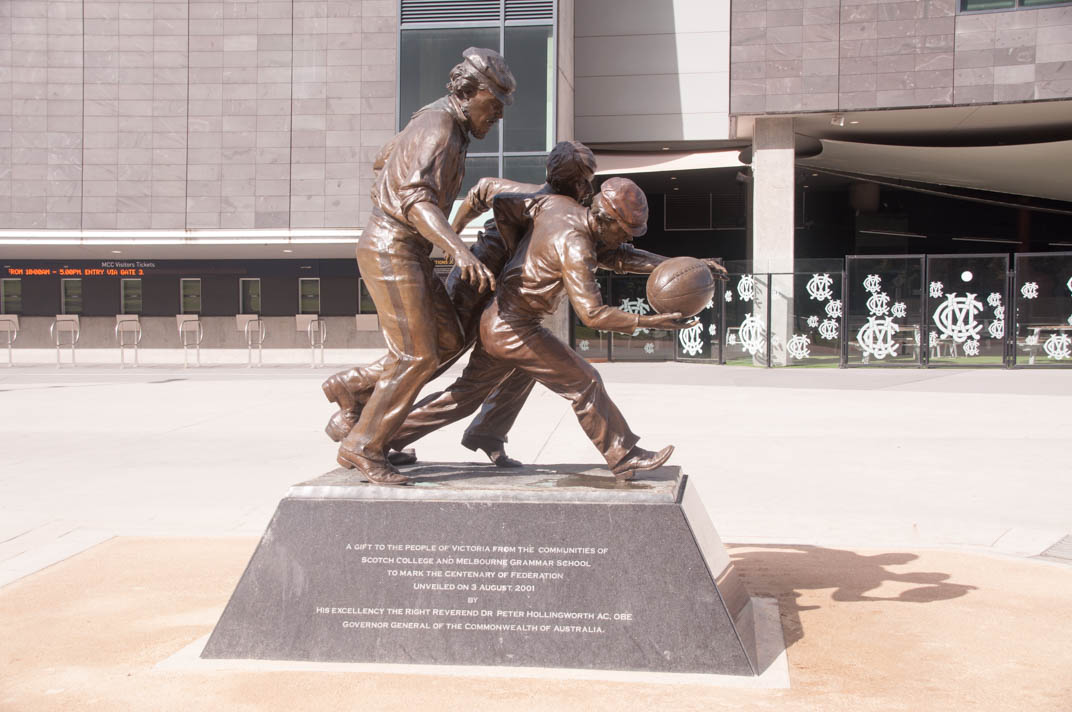 UPDATE: With the newly released AFL fixture for 2016, the Grand Final will be on the 1st of October. This will mean setting off on the 17th of September, arriving by the 30th of September.

For the last two years, I’ve spent a week visiting one of my sisters and brother-in-law in Geelong (which is just outside of Melbourne). On one of the weekend days, it’s now become a tradition to go to an AFL match or two. After going to a match a week ago, while my brother-in-law and I were walking back from the MCG to Flinders Street Station, I came up with the idea of doing my first long bike ride.

Every September (though, sometimes in October), the AFL (Australian Football League) have their Grand Final at the MCG. Next year, I’ve decided that I will ride from Sydney to Melbourne, and arrive just in time for the Grand Final. I actually hope to arrive in Melbourne on AFL Grand Final Public Holiday – yes, this now a real public holiday in Victoria! This will be a couple of firsts, really. My first long distance bike ride, and my first AFL Grand Final. Along the way, I also intend to raise money for Epilepsy Australia and the McGrath Foundation. How cool would that be? 🙂

A bike ride, from Sydney to Melbourne, just to go see a footy match, may sound like a crazy idea to some. But that’s ok. I plan to ride around the world, and that’s totally bonkers. And you know what? I so can’t wait for the time to start it!

Below is a map and profile of my planned route:

Stephen currently works in Sydney, doing a regular Monday - Friday job. He loves travel (preferably by train), and looks forward to the day when he knocks off from his job to start his round the world round bicycle trip. His favourite sports are cricket and Aussie Rules (AFL) football. One of his dreams is to toss the coin before the start of the Boxing Day Test Match in Melbourne, or just before an AFL Grand Final.
Load More Related Articles
Load More In Australia