Just over six months ago, after attending a footy match at the MCG, I decided that I would ride from Spotless Stadium, in Sydney, to the MCG (Melbourne Cricket Ground), in Melbourne, to arrive in time for the 2016 AFL Grand Final. At that time, I had no real idea in mind of raising money for charity. I’ve never been to an AFL Grand Final before, and, considering the cost of the AFL Grand Final packages, I’m not likely to be going to this one, either. But it will be fun doing the ride!

As time progressed, though, and after much thought and consideration (there are so many worthy charities out there), I finally decided upon two charities to raise money for, and came up with the ‘Purple and Pink Ride’. 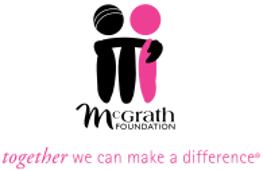 To make a donation to either charity (or both!), please click on the appropriate link(s). If you donate $2, or more, and you’re an Australian taxpayer, your gift is tax deductible. You will automatically be emailed a receipt for tax purposes. Donations are processed via GoFundraise.

I’m hoping to make this an annual event. I already have plans in mind for a 2017 Sydney to Adelaide ride, arriving in time for The Ashes Test match at the Adelaide Oval. Hopefully it will be a day/night Test match. 🙂

A Ride from Newcastle, along the Fernleigh Trail

Announcing Cycle Against the Beast 2, for FightMND...

Leave a Reply to Day 0 : Purple and Pink Ride – The Day Before – A Thousand Miles… Cancel reply